Jeanne Manford, a founder of PFLAG (Parents, Families and Friends of Lesbian and Gays), carries a sign at a 1972 Gay Liberation Day parade. She is interviewed on Making Gay History. Credit: Les Carr. Courtesy: PFLAG

Not all that long ago–during my lifetime, in any event–every institution of US society was arrayed against gay and lesbian Americans. Local police. Federal law enforcement agencies, including the FBI. Private employers. Educators. Hollywood, and the newspapers. Churches, of course, and synagogues who told gay people that they were sinners. Worst of all, perhaps, the psychologists and psychiatrists who told them they were perverts and deviants, and set out to cure them with shock treatment, drugs, castrations and lobotomies. So much for the idea of liberty and justice for all.

Most of that is history, thank goodness, and the stories of people who made it so are told in a wonderful podcast called Making Gay History, which recently wrapped up its third season. Eric Marcus, an author and journalist, began work on the podcast in 2015, during the waning Obama years, but Making Gay History turns out to be perfectly suited for this dismal Trumpian moment: It is illuminating and inspiring, a welcome reminder that change happens, sometimes quickly, when people push hard enough for it.

The podcast features interviews with pioneers of the gay rights movement, some little-known or forgotten, including Phyllis Lyon and Del Martin, the co-founders of the Daughters of Bilitis, the first lesbian organization in the US; Frank Kameny, who fought an 18-year battle with the US government after being fired from his job at the US Army Map Service in 1957 for being a homosexual; and trans rights activist and Stonewall veteran Sylvia Rivera.

“These people fought for their rights at a time that was far more difficult than our own,” Marcus, 59, told me, when we spoke by phone last week. “They provided a roadmap. They set examples for us. Their stories are inspiring.”

Making Gay History is made possible, as they say, by the Arcus Foundation, the Ford Foundation and the Jonathan Logan Family Foundation, which is why I’m writing about in here on Nonprofit Chronicles. Listening to the podcast has led me to reconsider my skepticism about arts and culture philanthropy. As an effective altruist, I’ve argued that most charitable giving should flow to the world’s poorest places, where the needs are greatest and our dollars go further. Museums and symphonies are fine, but, like elite universities, they mostly serve the rich and so should be able to make a go of it on their own.

Making Gay History, it seems to me, is different. It would not have gotten off the ground without a modest $45,000 grant from the Arcus Foundation, which financed the first season of 10 episodes. Subsequently, Marcus raised about $200,000 from the Ford Foundation and $75,000 from the Jonathan Logan Family Foundation, which will carry the podcast into a fourth season. Along the way, Marcus and his colleagues have also built a handsome website with audio, transcripts, images and links for visitors who want to dig deeper. It all adds up to a work of lasting social and cultural value, a rich return on a modest philanthropic investment, and, as it happens, one with global reach: The podcast has been downloaded in more than 200 countries and territories, including some where LGBTQ people today face the oppression (and worse) that gay and lesbian Americans endured in the 1950s . 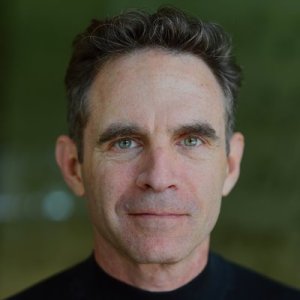 The podcast came about almost by accident, Marcus told me. The author or co-author of 11 books, most with gay themes, he was laid off from a full-time job in 2015 and began to think about a collection of 100 audio interviews that he had done for the two editions of his book, Making History, an oral history of the gay liberation movement published in 1992. (A second edition, called Making Gay History, was published 10 years later.) Altogether, Marcus accumulated more than 300 hours of cassette tapes that he donated to the New York Public Library, which agreed to digitize the collection, never thinking about a podcast. “I figured scholars and students would access the archive,” he said.

Fortunately, the audio is high quality. Marcus worked at ABC News and CBS News early in his career, where he met a veteran NPR executive named Jay Kernis, who advised him to invest in broadcast-quality equipment. He did so because he wanted the interviews to last. “I knew they had value,” Marcus said. He knew that some people he was speaking with would not be around for long: “I was working against the clock with two groups of people—elderly activists, and men who had AIDs and were dying.”

Kevin Jennings, who was then the president of the Arcus Foundation, an unusual grant-maker that funds LGBTQ causes and the protection of apes, was the first foundation executive to recognize the value of the archive. Barbara Raab, then a program officer at Ford, which has a program to support “creativity and free expression,” came across the podcasts and loved them. “This fit squarely in the mission of our work, which was to tell social justice stories and elevate voices–literally, in this case–that are often not heard or invisible,” she told me. Raab shared the podcast with Johnathan Logan, whose family foundation is now a supporter. Marcus, Jennings and Raab had all crossed paths over the years, which made fundraising easier.

“A very sad time to be alive”

The stories that have stuck with me after listening to all three seasons of Making Gay History were those told by LGBTQ people who came of age in the 1940s, 1950s or early 1960s. Shirley Willer recalled being slapped around by a police officer in Chicago one night in the late 1940s as she was looking for a lesbian bar. “It was a very sad time to be alive,” said Willer, who much later became the national president of the Daughters of Bilitis.

Chuck Rowland, an Army veteran and member of the Communist Party, who helped found the Mattachine Society in 1950, described the early struggles in the movement between those who wanted to noisily demand LGBTQ rights and those who wanted to quietly fit into respectable society. He was kicked out of the Mattachine Society by the group that believed that “the only way we’re ever going to get along is by being nice, quiet, polite little, uh, little boys that our maiden aunts would approve of,” he said.

Playwright and activist Larry Kramer remembered how awful he felt during his freshman year in college in 1953, saying: “When I went to Yale, I thought I was the only gay person in the world, and tried to kill myself because it was so lonely.” He was sent to a university psychiatrist who told him to stay away from other homosexuals.

Kramer went on to found  GMHC (originally known as the Gay Men’s Health Crisis) and ACT UP (the AIDS Coalition to Unleash Power) in response to the AIDS epidemic. Now 82, he lived long enough to see Yale welcome LGBTQ students. “I love going back to Yale now,” Kramer says. “There’s a dance every year for well over a thousand gay men and women, across the campus from where I tried to kill myself because I thought I was the only one.”

Sadly, Del Martin, Frank Kameny, Sylvia Rivera, Shirley Willer and Chuck Rowland did not live long enough to see all of the gains made by the LGBTQ movement. We don’t know what they would have thought of the fact that most Americans support same-sex marriage, or that about 10 percent of LGBTQ adults are married to a same-sex spouse. What we do know is that LGBTQ Americans–and the rest of us–owe them a lot. One thing we owe them is to keep on fighting for what we believe to be right.

Thanks to my daughter Sarah Gunther, director of philanthropic partnerships at the Astraea Lesbian Foundation for Justice, for telling me about Making Gay History.