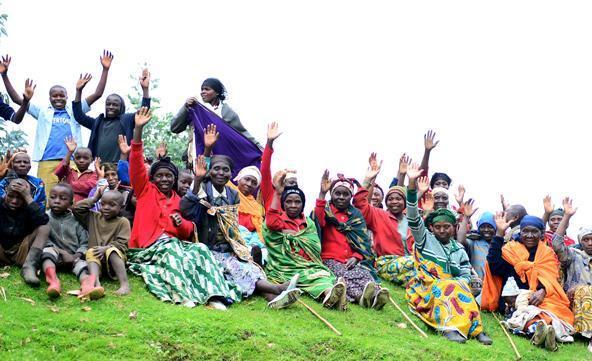 Western NGOs dole out lots of stuff to help poor people in the global south become less poor. Do such programs work? It’s hard to know, but when researchers for a series of World Bank studies called Moving Out of Poverty asked 3,991 households in 15 countries how they escaped poverty, just three of those households credited “NGO assistance.” Hmm.

What we do know is that economic growth has lifted hundreds of millions of people out of poverty in such places as Botswana, Brazil, China, India, Indonesia, South Korea and Vietnam. With a few glaring exceptions–notably China and Vietnam–these countries benefited from democratic political institutions, relatively stable governments, the rule of law, property rights and trade. “Countries need inclusive economic and political institutions to break out of the cycle of poverty,” write Daron Acemoglu and James Robinson in Why Nations Fail, a sweeping 2012 book about the origins of prosperity and poverty.

Most development economists agree. Chris Blattman, a scholar of international development at the University of Chicago, puts it bluntly: “The problem in the poorest countries today is first and foremost politics.” (This, despite the fact that Blattman is best known as an advocate of cash transfers to alleviate poverty.) Blattman and Harvard prof Lant Pritchett, who are both associated with the Center for Global Development, lately have been engaged in a lively debate about poverty alleviation in blogposts (here and here) and on podcasts with Russ Roberts of EconTalk (here and here), all of it inspired by Bill Gates’ enthusiasm for raising chickens; while Blattman and Pritchett disagree on chickens and cash, they share the view that economic growth, supported by the right political and economic institutions, is the best way to alleviate poverty. As Pritchett has said: “Treating world poverty as if it can be addressed programmatically [by chickens, cash transfers or women’s self-help groups] biases attention away from the real solution to poverty, which is having higher productivity economies.”

How, then, can philanthropists, NGOs and governments help poor countries reform their institutions and enjoy the benefits of economic growth? Again, that’s hard to know, but today’s blogpost will spotlight Spark MicroGrants, a small NGO that practices what’s called community-driven development, an approach that invites communities to design, execute and manage their own aid projects–farms to feed families, power lines, schools or roads. There’s growing evidence, according to Spark, that community-driven development leads not just to more sustainable projects but to “stronger governments and institutions.”

“We help to create local democracy,” says Sasha Fisher, the co-founder and executive director of Spark MicroGrants. “People have have a platform to work together. Citizens become engaged and start driving local change.”

Spark isn’t designed to spark political reform, but when you give people a taste of democracy, well, don’t be surprised if they want more.

Founded in Rwanda in 2010, in partnership with the government, Spark works in five African countries: Uganda, Burundi, the Democratic Republic of the Congo and Ghana, along with Rwanda. It has financed projects in 150 communities and says that 90 percent of the projects sustain themselves, two years after launch. In 2016, Spark raised about $1.6 million for its work, with more than 80 percent coming from foundations; its biggest funders include the CRI Foundation, the Draper Richards Kaplan Foundation, the Imago Dei Fund, the Peery Foundation, the Planet Wheeler Foundation, the RA5 Foundation, the Segal Family Foundation and the Woodcock Foundation. 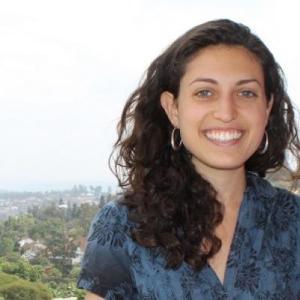 Fisher, who is 28, told me that she co-founded Spark after working for an NGO in South Sudan that was trying to build schools for girls. “What I saw on the ground was a lot of failed aid projects—empty school buildings, broken taps,” she says. Many of the people the group was trying to help were longtime refugees who had become used to the “handout mentality.” She traveled to South Africa and India and came upon small organizations that were serving their communities well. “When people get together and drive change, that’s one of the most beautiful things we can do,” she says.

Working with governments or other partners, Spark identifies needy communities and then sets aside $8,000 for each community that local families decide how to spend. Typically, the communities spend six months, meeting regularly, to set collective goals and develop a plan for a project.

Spark’s local staff provide organizational guidance, but little more. Says Fisher: “They’re not allowed to give ideas. That’s illegal in this process. But they facilitate.” Communities are required to have a plan to keep projects running, either through fees or government support.

The program has evolved over the years, to include the goal-setting process and to set a fixed grant size. (Previously, communities were invited to develop projects costing between $2,000 and $10,000.) Most communities continue to meet after Spark has left, and about three in four develop another project, independent of Spark.

None of this is exactly new. In some regards, it replicates the structure of town meetings, which have been going on in New England since the 17th century (and, in some places, continue to this day.) Whether these small-scale experiments in democracy can spread more widely, and grow to impact national institutions–well, that’s hard to say. But at the very least, Spark is giving poor people what they want, and not what western experts decide they want or need.

Community-driven development is being practiced on a much-bigger scale in Afghanistan, Bolivia, Morocco, Myanmar and Nigeria, according to the World Bank. Meantime, NGOs like Accountability Lab are explicitly trying to build inclusive institutions in places like fight corruption and promote a free press in places like Nepal and Liberia. (See my 2016 blogpost, Accountability Lab: Promoting good government, fighting corruption.) And earlier this month, the John D. and Catherine T. MacArthur Foundation announced grants of nearly $9 million to advance accountability and anti-corruption efforts in Nigeria. These are long-term investments in alleviating poverty that– if they pay off–should do a lot more good than cash or chickens.