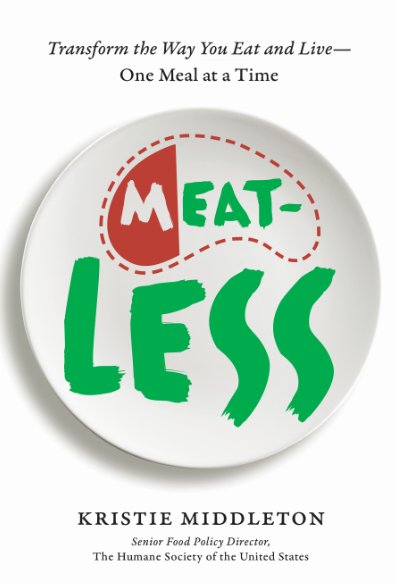 Thanks to the good people in the animal welfare movement, pigs are being liberated from gestation crates and laying hens are being freed from cages. These animals will suffer less because people care about them, and don’t want them to be harmed; governments and corporations have responded.

Why, then, after a nearly a decade of declining meat consumption, are Americans once again eating more meat, nearly all of which comes from so-called factory farms?

And why, more broadly, do Americans who adore their dogs and cats blithely go on consuming meat products that cause needless suffering to pigs, cows and chickens?

The first question has a simple answer: Beef, pork and chicken prices all fell. Shoppers responded.

The second question remains a bit of a puzzle, says Kristie Middleton, as senior food policy director at The Humane Society of the United States.  Merely talking to meat eaters about what’s on their plate — it’s the flesh of dead animals, folks — is hard. Changing behavior is harder.

“Food is cultural, it’s about family, it’s tradition,” Middleton says. “It’s very difficult to even to talk about our diet choices because there are so many sensitivities surrounding them.”

That hasn’t stopped Middleton from trying. Her new book, Meat-less: Transform the Way You Eat and Live–One Meal at a Time, reflects her belief that gradual shifts in diet might do more good than an all-or-nothing approach. If you want to go meatless, fine, but if you choose to eat less meat, she’s OK with that, too. She doesn’t pull any punches, but her tone is kind and gentle, more likely to spur conversations among friends than to leave people feeling pressures to become vegetarians or vegans.

“I want to give people permission to take positive steps, rather than pressuring them into going 100 percent,” she told me.  “It’s about progress, not perfection.” The book mixes storytelling, sound advice about nutrition, food shopping tips and recipes, including for meat-free versions of pepper “steak” and “chicken” pot pie.

Middleton, who is 39, has worked for the Humane Society since 2010, after a stint at PETA. She leads a team of people who try to persuade schools, hospitals, the military, prisons and jails — anyone serving large quantities of food — to get more plant-based food on the table and to serve fewer meats.

They’ve had considerable success, building upon the Meatless Monday campaigns created by a retired adman named Sid Lerner and adopted by the school of public health at Johns Hopkins. (Lerner, the man behind the “don’t squeeze the Charmin” campaign, did some research and found that Monday is the day of the week when people are ready to make changes, Middleton explains.) Hundreds of school districts, including such big-city districts as Atlanta, Baltimore, Dallas, Detroit and Houston, go 100 percent meatless or offer meatless options on Mondays. Getting rid of meat entirely, even for a day, is challenging because of USDA requirements. “The meat, egg and dairy industries have become firmly entrenched in our schools,” Middleton says.

Her book makes compelling, albeit familiar, arguments for reducing meat consumption. Reducing meat consumption is good for the environment; animal foods are carbon hogs compared to plants. People who eat less meat tend to have a lower risk of obesity and heart disease. Diets high in fruits and vegetables reduce cancer risk, it appears, while consuming red meat and processed meat may increase the risks of some cancer. (I’m being careful with my language here because I haven’t read the medical studies.)

And yet, as Eliza Barclay wrote last fall in Vox:

The American way of gorging on meat, it seems, isn’t budging anytime soon.

According to a recent analysis from Rabobank, a Dutch bank, consumption of meat in the United States rose by 5 percent in 2015 — the biggest increase in 40 years. And, the author notes, in the coming years per-person meat eating is expected to reach highs not seen in more than a decade.

This surprised me. As Middleton writes:

We are animal-loving people. The number of households with pets more than tripled between the 1970s and 2012. We treat them like family, throwing them birthday parties, allowing them to sleep in bed with us and mourning the loss of their lives as we would a human friend.

And then we sit down for  dinner.

How are we able to love animals and love eating animals? This has been called the “meat paradox,” and it’s been studied for years. Researchers at the University of Oslo recently found evidence, unsurprisingly, that people avoid thinking about the animals that they are eating; when reminded, their appetites diminish. Guess which of these two pictures of roast pork generated empathy for the animal, and diminished appetite for the meat?

The study by Jonas R. Kunst and Sigrid M. Hohle is described here and was published in an academic journal called Appetite. Really.

Middleton, too, thinks it’s important to make the connection between what’s on the plate and the animal that came before. She told me:

We’re so disconnected from where our food comes from—most people have no idea that animals are confined to the point of virtual immobilization and deprived of all their important natural behaviors on factory farms. Research from Humane League Labs found that documentaries and books are some of the biggest catalysts to motivate people to reduce meat consumption or become vegetarian or vegan. When people learn how animals are abused in the meat industry, they’re often inspired to make diet changes.

It would be interesting to know if the gains made on farm-animal welfare make meat-eating more palatable. Speaking personally, I’ve stopped eating meat but I continue to eat eggs and feel OK because I buy brands (Pete and Gerry’s and Nellie’s) carry a Certified Humane seal.

Middleton, like most people in the animal-welfare movement, has become a vegan but she’s not preachy about it. To the contrary, she’s simply asking readers to learn more about meat and begin to align their diet with their values. What’s not to like about that?