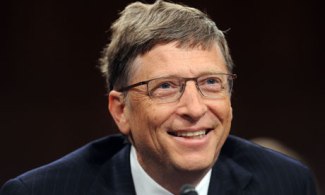 Maybe, if you want to make as much difference as you can in the world, you should not go to work for a nonprofit. Or a foundation. Or the government.

Maybe you should consider trying to maximize your income, and then give most of it away.

That’s one of the ideas put forth in Will MacAskill’s new book,of Doing Good Better: How Effective Altruism Can Help You Make a Difference. I blogged about the book a while ago here, focusing on effective philanthropy, and more recently took a look at MacAskill’s career advice in a story for The Guardian.

One way to make a difference is called “earning to give.” Here’s a relevant excerpt from my story:

The idea is that some people – not all or most, by any means – should pursue work to make as much money as they can and then commit to giving a significant portion of their earnings away.

Consider Ben West, a software engineer and self-identified effective altruist in Madison, Wisconsin. Seeking career guidance, West read about earning to give on the 80,000 Hours website and left his job at a software firm to launch Health eFilings, a startup whose software helps healthcare providers report data required by Medicare.

West may be an extreme example but he’s not alone. 80,000 Hours states that “people we’ve advised intend to [collectively] donate over $10m to high-impact charities within the next three years.” Giving What We Can, an affiliated nonprofit that encourages people to give away at least 10% of their income to charities identified as effective, has more than 1,200 members who have given away over $9m so far and pledged about $460m.

You can read a lot more about earning to give at 80,000 Hours, the website of a nonprofit co-founded by MacAskill. Earning to give, obviously, isn’t for everyone. (David Brooks, for one, is not a fan.)

But think about it. Would the world be better off if Bill Gates, Warren Buffett or George Soros–philanthropic multi-billionaires all–had decided become social workers, teachers or doctors serving the poor? I think not, without even taking into account the jobs and economic growth created by the companies they built. Their philanthropy will have orders of magnitude more impact than anything they could have accomplished at an NGO. They are, of course, extreme examples. But if your idealistic young relative decides she wants to join a hedge fund or start a tech company, as a path towards doing good, don’t scoff.

Here’s the rest of my Guardian story, headlined Forget your dreams and follow the money if you want to change the world.

One thought on “Forget your dreams. Earn to give.”