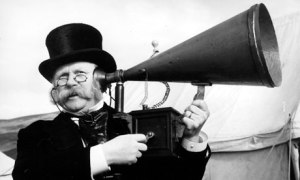 Asking questions and then listening–really listening–to the answers is a vital but underrated skill. That’s true in business. In nonprofits. And in life as well.

Dennis Whittle and his colleagues at Feedback Labs aim to change that. They believe that regular people — whether we call them constituents, citizens or beneficiaries (yuk) — should drive the policies and programs that affect them. Maybe people want a big hydroelectric dam; maybe they want a cow; maybe they want a thatched roof; maybe they want cash. Maybe they like their local soup kitchen, but maybe they don’t; maybe they have some ideas for improving it. The point is, nonprofits need to get serious about seeking and responding to feedback. 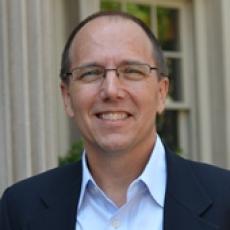 “It’s very, very threatening,” says Whittle, a longtime World Bank economist and co-founder and former CEO of GlobalGiving. Recalling his days at the World Bank, he told me that he had limited interaction with people living in the global south and little incentive to seek out their views. As he puts it: “If I was doing a rubber project, they were going to get a rubber project. Even if what they wanted was a food crop project.” Projects were designed “by a bunch of guys and gals sitting in a room in Washington. That’s a slight exaggeration but not an enormous exaggeration.” Today, he says, people working at big NGOs and aid bureaucracies are more attuned to the importance of feedback, but “the systems themselves have not changed.”

Feedback loops are embedded in the corporate world. Like it or not, markets deliver feedback that most companies can’t ignore. (Yes, I know that airlines and cable operators provide lousy service, but they are oligopolists and the exceptions that prove the rule.) Even so, companies actively seek more feedback.They want to know why their product or offering is or is not appealing.

How many times have you been asked a variant of this question:

On a scale of 0 to 10, “how likely are you to recommend [Apple, Amazon, this hotel, that health club, whatever] to you friends or colleagues?”

That, of course, is the Net Promoter Score (NPS) developed in the early 2000s by consultants Bain & Co. and adopted since then by thousands of companies. It’s usually followed by a “why” question that seeks to get at the reasons why a product or service is imagine, or not.

Imagine if more nonprofits used NPS. Wouldn’t it be interesting to know how the American Red Cross would have scored among Haitians? How homeless people feel about a local shelter? What low-income teenagers think about after-school tutoring programs?

Aside from the moral imperative of caring how your constituents feel about your non-profit’s programs, what if the NPS for constituent feedback were the smart thing to do?

Last year, the Center for Effective Philanthropy surveyed nonprofits and found that 95 percent reported that they were collecting beneficiary feedback. But this is self-reported data, and it’s unclear whether their efforts lead to change. As Dennis Whittle and David Bonbright write  in a post on the CEP website, Charity Navigator reviewed 1,250 nonprofits and found that “less than 7 percent publish beneficiary feedback of any kind, and only a fraction of this 7 percent provide evidence to suggest how representative that feedback may be.” If, in fact, most nonprofits are collecting feedback, they ought to be a lot more public about what they have learned, and what they’re doing about it.

So what, exactly, is Feedback Labs and how did it come to be? As Whittle explains it, the idea grew organically out of an essay he wrote in 2013 for the Center for Global Development called How Feedback Loops Can Improve Aid (and Maybe Governance. “If private markets can produce the iPhone,” Whittle asked, “why can’t aid organizations create and implement development initiatives that are equally innovative and sought after by people around the world?” What was lacking in the NGO world, he argued, was feedback loops.

The essay attracted buzz, and before long Whittle was meeting informally with a small group of NGOs interested in feedback. Meantime, a group of foundations formed the Fund for Shared Insight, which seeks to improve philanthropy by, among other things, providing grants to nonprofits “to encourage and incorporate feedback from the people we seek to help.” [See my blogpost, Learning from Uber and AirBnB.) Gradually, Feedback Labs became a project of a small NGO called Development Gateway; it has grown into a network with about 15 members, supported by the Fund for Shared Insight, the Hewlett Foundation, the Gates Foundation, the Rita Allen Foundation and the World Bank.

Second, experimenting with feedback loops. GlobalGiving is working with Keystone Accountability and Charity Navigator to share date on the feedback collected by NGOs that are part of GlobalGiving’s network. “GlobalGiving works with thousands of organizations around the world,” Whittle says. If those groups do a good job collecting citizen feedback, that ought to be reflected in their profiles on Charity Navigator or Guidestar.

Third, mainstreaming the idea with big aid organizations and NGOs. That will take time, Whittle acknowledges. “Their systems are built around very different feedback loops,” he says. For now, feedback from top executives and donors shapes aid efforts.

The fundamental question, as Whittle has written, is

Smart foundations and nonprofits will embrace feedback loops. They may be a threat, but they’re also an opportunity to do good better.

On Tuesday, September 29, Dennis Whittle will be speaking at an event I’m moderating for the Washington, D.C., chapter of Net Impact. You can learn more and sign up here: “What Makes An Effective Nonprofit? A Panel On Measuring Impact.”

2 thoughts on “Feedback Labs: The power of listening”