An NGO in Argentina funded by the Inter-American Foundation teaches students to photograph their neighborhoods. Credit: Gabriela Godoy, PH15

What’s working, what isn’t working and why?

These are questions that every foundation should ask about its strategy, the way it gives away money and the effectiveness of its programs.

Getting answers isn’t as easy as you might think. Measuring impact is tricky, and it can be expensive.

The nonprofits who carry out the foundation’s programs could provide valuable feedback, but they are disinclined to bite the hand that feeds them.

Foundation executives “live in a bubble,” says Phil Buchanan, the president of the Center for Effective Philanthropy. “They’re surrounded by people who are predisposed to tell them what they want to hear.”

Bob Kaplan, the president and CEO of the Inter-American Foundation (IAF), a US-government funded foundation that supports grassroots groups in Latin America, understands that this can be a problem.

“There is a real power dynamic in giving money, inevitably,” he says. “We try to attenuate that. We try to put the grantees in charge.”

I’m writing about IAF this week for several reasons. First, I’m attracted to the idea that problems in poor countries are best solved by the poor themselves. (See my blogposts about Global Giving, IDEX and GiveDirectly.) That’s the core approach of the IAF. Second, the IAF takes evaluation seriously, and it is transparent about its results. (It even commissioned an evaluation of its evaluation processes, which is kind of meta, but so be it.) Third, nonprofits seem to like the IAF. The IAF scored very well in an assessment tool developed by the Center for Effective Philanthropy called Grantee Perception Report, which allows NGOs to provide candid, anonymous responses to questions about the foundation, its impact, grant application process and the like.

This is likely a sign that IAF is doing something right, as Caroline Fiennes of Giving Evidence recently wrote:

Clearly somebody has to be top, even if the whole pack is dismal or it’s just by random chance. But (i) that’s not what’s going on — IAF’s ratings are atop a pretty respectable pack; (ii) the facts that IAF has come top twice and is so high on so many indicators implies that something interesting may be going on here (though clearly we’re aware that a handful of swallows doesn’t make a summer); and (iii) IAF does have a very unusual model, which suggests a potential mechanism for these results. 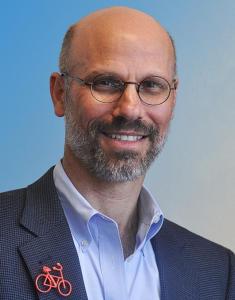 The IAF is small, which allows it to work closely with its nonprofit partners, Kaplan told me when I visited IAF’s Washington office last week. In 2014, it awarded $15.4 million in grants toward the work of 107 partners. It aims, he says, to put “ordinary citizens in charge” of solving their problems.

“They have the agency,” he says. “They are the protagonists.”

By contrast, some development projects are dreamed up in rich countries, whose aid agencies and foundations then hire NGOs in global south to carry them out.

IAF, it turns out, has been what’s now often called a “learning organization” since it was created by Congress in 1969. Before “monitoring and evaluation” became buzzwords, the foundation engaged in self-reflection, notably in a book called They Know How: experiments in development assistance, published back in 1977. Renowned development economist Albert O. Hirschman wrote about IAF grantees in a 1984 book, Getting Ahead Collectively.

The IAF publishes its evaluations of grantees, warts and all, on its website, where it also posted its most recent 2014 Grantee Perception Report, even though the report includes some unflattering findings. The IAF scored poorly, for instance, on a question about well the foundation understands the communities in which its NGOs work. But the IAF scored the best rating ever for the helpfulness of its reporting process, which, as Fiennes writes, is notionally a learning process but “often just compliance, box-ticking, and a dead-weight cost.”

As Kaplan explained it to me, the foundation asks its grantees to help decide how they will be evaluated and works with them so they can learn from the process. “They pick the indicators. They collect the data. They like the fact that someone is paying attention and I think they feel supported,” he said. They are asked to measure their effect on individuals and on the broader society.

Better yet, IAF evaluators revisit some projects a full five years after its dollars are spent, to see how things have changed, for better or worse.

Between 2002 and 2006, IAF made grants of $384,630 to a grass-roots organization in northern Ecuador called the Fundación Cooperación y Acción Comunitaria (CACMU). The money was invested in a loan fund, in agricultural equipment and in training, in an effort to help about 1,000 poor women farmers and artisans earn a better living, whether by raising livestock, producing handicrafts or working in eco-tourism.

When IAF went back for an “ex-post assessment” in 2011, it found that loan fund, which had just $33,500 in 2002, had grown to $300,235 by 2005 and $4 million by 2010. By then, the fund had made nearly 2,000 loans, with 73 percent going to women. Jobs were created. New housing was built. A survey of customers found high levels of satisfaction with CACMU, which had helped spawn other microfinance institutions elsewhere in Ecuador. The conclusion: ‘CACMU offers financial services in marginalized communities very efficiently and at competitive rates while providing other much needed social services that foster goodwill.”

The results aren’t always as pretty. In 2001, the IAF awarded a three-year grant of $167,538 to an organization in Panama called the Asociación de Profesionales Agropecuarios Ngäbe-Buglé (APANB) for a project to improve coffee growing, in collaboration with a German government aid agency. When evaluators went back in 2012, they found that coffee growing practices had improved, leading to better quality, higher prices and less migration of families out of the region. But “the departure of APANB’s charismatic director, internal strife and the inability to mobilize funds led to APANB’s demise.” Because the IAF wants to build capable local organizations and a stronger social fabric, this grant was at best a partial success.

The IAF takes a “high touch” approach to its giving. It won’t fund any organization without doing a site visit. It conducts twice-a-year audits of its grantees. It has to be extra careful because it is spending taxpayer money. Of course, all that adds to its costs–it spent about $4.4 million last year to get $15.3 million in grants into the field, according to its 2014 audit report.

All of this underscores the reality that development is hard.

What’s working, what isn’t working and why?

Simple questions, but getting answers is anything but.

One thought on “The Inter-American Foundation: A donor that NGOs seem to love”