Charity Navigator matters. It’s America’s largest and most influential evaluator of nonprofit groups, and it’s been struggling for years to do that job right. Last week, Ken Berger, Charity Navigator’s CEO for the past seven years, left the watchdog group. Whoever succeeds him will have a big and important job to do.

I spoke at length with Ken Berger via Skype, before his departure, and we talked briefly again afterwards. “It was an amicable parting,” he said. Berger said that the board had informed him that Charity Navigator, which is entirely Internet-based, needs more tech savvy. John P. (Pat) Dugan, Charity Navigator’s co-founder and board chairman, made the same point to The Chronicle of Philanthropy: “We’re on the brink of something really big with Charity Navigator 3.0 [the latest iteration of its rating system], and the tech needs are going to be enormous and the sophistication needs to be there.”

Maybe. But upgrading its technology is the least of the challenges facing Charity Navigator. 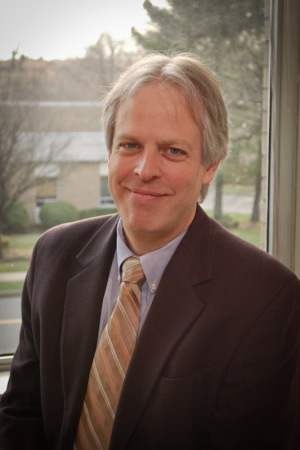 Berger, who is 58, understands those challenges as well as anyone. He joined Charity Navigator as CEO in 2008, after working for more than 30 years in the nonprofit sector, mostly for human services and health care organizations serving the poor. He knew immediately that Charity Navigator had to get better, and said so. Berger promised to expand the Charity Navigator rating system to include measurement of outcomes–“to more comprehensively evaluate nonprofits and separate great organizations from the rest,” he wrote in December 2008.

It’s been an uphill battle ever since.

By some measures, Charity Navigator is an impressive organization. Founded in 2001 by  Dugan, a philanthropist and wealthy pharmaceutical industry executive, Charity Navigator rates more than 8,000 charities and attracted more than seven million visitors to its website last year. It’s the first place many donors go when they want to check out a nonprofit. Perhaps the last as well.

The trouble is, to paraphrase what Gertrude Stein once said about Oakland, there’s not much there there. Charity Navigator rates nonprofits on two metrics–financial health and accountability/transparency–that are useful as far as they go but they are imperfect indicators of a charity’s value.

Consider, as an example, the ratings for three big US humanitarian organizations that aim to help the world’s poorest people. Save the Children is awarded four stars (out of four), CARE gets three stars and World Vision gets just two.

As best as I can tell, here’s why: Save the Children spends 90 percent of its expenses on programming, just 4.7 percent on   fundraising and ticks off all the right governance and transparency boxes, thus four stars. CARE spends 88.5 percent on programming and just 4.2 percent on fundraising, but it loses a star because its revenues fell by 5.1 percent. (The CN methodology penalizes nonprofits whose revenues decline because, it says, charities “must grow over time if they are to sustain their programs and services.”) Meantime, World Vision gets docked because it spends only 82.6 percent of its budget on program, devotes 11.9 percent to fundraising and, even so, its revenues have fallen slightly.

None of which tells us whether these organizations are good at what they aim to do–serve the poor.

This frustrates Berger, of course. He has tried for years to get Charity Navigator to report on results.

“It’s the most important thing of all because it speaks to the purpose of a charity,” he told me.

He’s been stymied for a couple of reasons. Most important is the lack of information from charities.

“We know from the data we’ve gathered that 90 percent or more of charities don’t gather useful data on results,” Berger says. “Every charity should be transparent about their results and report it to all their stakeholders.”

[Ironically, if they did–if they spent money on monitoring and evaluation–it would show up as administration or overhead in their financials, and they might get dinged by Charity Navigator.]

I spent a couple of hours digging into the websites of Save the Children, CARE and WorldVision. They say the right things about impact (“You want proof. You’re a numbers person. You care about children and want to invest in a charity that creates sustainable solutions to the root causes of poverty.”), throw plenty of numbers around (“CARE worked in 87 countries to help 97 million people in 2013) and produce glossy annual reports (“Save the Children worked in 120 countries and helped 143 million children) but there’s very little meaningful information about how much their interventions cost, and what difference they make. They can’t be compared, by donors, volunteers or anyone else.

This, in theory, is the job of Charity Navigator. But the organization doesn’t have the resources to do it right. In 2013, Charity Navigator had a budget of $1.4 million to evaluate 8,000 nonprofits. That $175 per nonprofit. Yikes.

By comparison, GiveWell spends about $2 million a year to do exhaustive research into a few dozen nonprofits in a single sector, global poverty. Animal Charity Evaluators spends $130,000 a year to identify a handful of the top charities that help animals.

Charity Navigator won’t seek funds from the nonprofits it rates, for obvious reasons. It has sought grants from foundations, with little success. (It did secure a few small grants from the Hobbs Foundation to rate charities serving children.) That leaves individual donors. Charity Navigator seeks contributions on its website, but it is committed to keeping the site free.

All of which leaves Charity Navigator, like so many nonprofits, with important work to do and not enough money to do it.

Charity Navigator’s work remains valuable. Notwithstanding The Overhead Myth, high overhead costs and fundraising ratios are danger signals. As Berger says: “If you find an organization with 70 percent or higher overhead, do not pass go, do not spend $200. It’s an indicator of either tremendous inefficiency or corruption and unethical behavior.”

But focusing on impact would not only punish the wasteful and crooked, it would reward high-performance nonprofits–and make a real difference in the world.

4 thoughts on “Why Charity Navigator needs an upgrade”