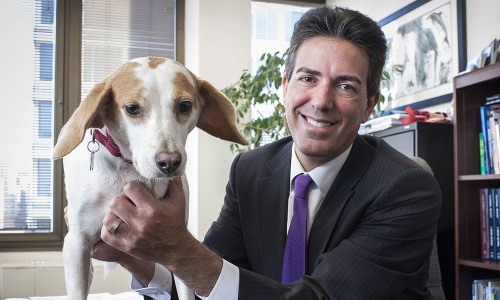 So much for Wayne Pacelle’s denials. Early in 2018, when women at the Humane Society of the U.S. alleged that Pacelle, the organization’s charismatic leader, had sexually harassed them, he maintained his innocence before resigning under pressure. “This is a coordinated attempt to attack me and the organization,” Pacelle said. “And I absolutely deny any suggestion that I did anything untoward.”

Now we know that the complaints were valid. On March 12, the Humane Society concluded a “reconciliation process” that was designed to understand what went wrong and strengthen the organization for the future.

The key finding? Things were worse than previously disclosed.

In a press release addressed to staff and supporters, Susan Atherton and Tom Sabatino, the new co-chairs of the Humane Society board, wrote:

Our problems were far greater than what was publicly discussed in early 2018. There were more victims of abuse, harassment and other inappropriate workplace behavior than had previously been known, and there were more bad actors involved as well.

Atherton and Sabatino, who are new to the board, said the directors were, in part, to blame.

It is also clear that the Board struggled to find its way through the situation and in many ways came up short. We let the organization down and, more importantly, let down the women who were the targets of these inexcusable acts. We failed the organization. There is not one member of this Board who is not extraordinarily sorry for that.

This is unsatisfying. Saying that the board “struggled to find its way through the situation” is like saying that the Titanic struggled to find its way to port. Here’s what happened: The HSUS board abruptly terminated an outside investigation into Pacelle’s conduct when it became public. The board then stood by the CEO and dissed his accusers, until pressures from staff and donors forced him out. (See Times Up: Wayne Pacelle is out as CEO of the Humane Society.) What’s more, the board evidently either tolerated the workplace problems at HSUS for years, or was unaware of them.

Yet, as the reconciliation process concludes, no one on the board is being held accountable. The board chair, Eric “Rick” Bernthal, and two other members of the board executive committee who backed Pacelle, Chuck Laue and Jason Weiss, continue to serve.

One striking feature of the letter from the board chairs and a similar letter from Kitty Block, the Humane Society’s new CEO, is that they don’t mention any names — not Pacelle, not Bernthal, not any of the men who have been accused of wrongdoing in the press or on Facebook. The result is, there’s no more clarity today about who did what to whom than there was a year ago, although enough of Pacelle’s accusers have gone public — in the Washington Post, The New York Times and with me — so that it’s clear that he abused his power.

Board chairs Atherton and Sabatino said they will not share details of the findings because they want to “protect the confidentiality that was promised to all participants.” This is laudable, but surely there’s a way to say more while still guarding the privacy of those who preferred to remain unidentified.

In an open letter on her website, Kate Kimpel, a well-respected lawyer and feminist who led the reconciliation process, had this to say about the confidentiality issue:

Finding the right balance between transparency and confidentiality is difficult; while there is likely no balance that would satisfy all stakeholders, I am confident that the balance being set here is one motivated by a true desire to protect those brave individuals who participated in the process.

That carries some weight with me. We’ll see whether it satisfies donors who had hoped the findings would become public and that the old guard on the board would depart. Here are some other thoughts on the reconciliation findings:

The scope of the workplace problems: About 120 people came forward voluntarily to talk Kate Kimpel. That’s a lot of people! So many that Kimpel extended the deadline for completing her inquiry a couple of times. That tells me that the workplace problems at HSUS go well beyond a misstep or two by Pacelle.

Paul Shapiro’s conduct: An influential figure in the animal welfare movement, Shapiro left HSUS last year after writing a book about plant-based alternatives to meat. He’s now CEO and cofounder of The Better Meat Co. Some women are displeased because, they say, he’s never been held accountable for his behavior at HSUS. He apologized last year for what he called “sophomoric and unprofessional behavior” but it remains unclear what, if anything, he did wrong. Making some top-line findings of the investigation public might have allowed him to clear his name — or not.

Kitty Block’s role: A survivor of sexual harassment at HSUS in the 1990s, Block wrote that she had “learned over the past year” that “some of those we trusted and admired most betrayed us all.” She went on to say:

No person’s dignity, safety, or humanity should ever be compromised in the name of fighting for animals; to tolerate this degrades us all and compromises the moral force of our cause. I have been sickened to learn what so many went through, and I want to take this opportunity to personally apologize. I am so very sorry.

Strong words. But questions remain about what she knew, and when she knew it. Did she really first learn about the bad behavior only after it became public last year?

It wasn’t hidden. The entire movement knew. Wayne and Paul (Shapiro) “dating” their female employees was a constant source of gossip, jokes and warnings. They would flirt with women and tell crude sex jokes in front of anyone. In work meetings, at events. Kitty held high positions at HSUS for many years. There is absolutely no way she didn’t know exactly what was going on.

Others are skeptical as well.

When I ran this by HSUS, spokeswoman Anna West sent me this reply from Kitty Block:

It is absolutely untrue that I knew all, most, or even much about what went on here and the ways in which people were being victimized. I have been horrified and heartbroken for much of this past year. And had I known, I can confidently say that I would not have stood idly by; my actions in 1995 [when she sued HSUS after being harassed] prove that.

The good news — and it’s no small matter — is that many people believe that a new era is underway at HSUS. Whatever Block’s past role, she’s now seen as an ally of women. In her letter, she said: “Let me state emphatically that moving forward the HSUS will hold those who harass or assault accountable.” The board has put in place what it calls “a clear, comprehensive, and transparent set of policies and protocols” to protect staff. The new rules, the board says, will enforce “accountability at all levels of the organization.”

Accountability. You hear that word a lot at HSUS. Last week, on her blog, Block promised that HSUS will hold food companies accountable for promises they’ve made to phase out cages for pigs and chickens. That’s good. Companies should be held accountable for their actions.

So, though, should nonprofits and their leaders. That’s why it’s disappointing that HSUS has so far failed to hold its board and staff members accountable for the damage they did to women — and to the animal-welfare movement.

This story originally appeared on Medium.

2 thoughts on “Accountability? Not at the Humane Society of the US”