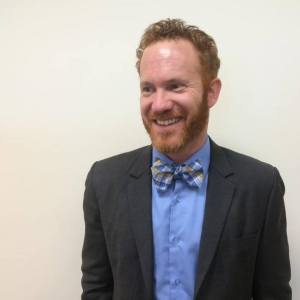 Five years ago, a young foreign service officer named Daniel Handel arrived in Kigali, Rwanda, to begin a new assignment with USAID. Listening to NPR online, Handel heard a Planet Money story about the nonprofit GiveDirectly, called “The Charity That Just Gives People Money.” In the story, Paul Niehaus, a founder of GiveDirectly, which delivers cash transfers to the extreme poor, says: “We would like to see organizations make the case that they think they can do more good for the poor with a dollar than the poor could do for themselves.”

Handel, a development economist, was intrigued, He wondered whether USAID’s work in Rwanda and elsewhere could be compared to simply giving poor people cash. Would conventional aid projects to help the world’s poor — by giving them livestock, textbooks, toilets, job training or fertilizer — do as much good as simply giving them money and letting them decide how to spend it?

Perhaps surprisingly, given the lumbering USAID bureaucracy, we are about to find out, as I explain in a guest column published today in The New York Times.

Here’s how it begins:

In Matinza, a village in eastern Rwanda, Esther Nyirabazungu, a 63-year-old widow, lives with her son, daughter and two grandchildren in a hut with a dirt floor and no electricity or running water. Her life is hard, but not as hard as it was before she received six monthly cash donations worth about $100 each, with no strings attached, from a United States government trial program.

Her family had been malnourished, so Ms. Nyirabazungu first bought corn, soybeans, sorghum and a small amount of beef with her newfound funds. Then she purchased four goats, which cost between $28 and $46 each, and two chickens, which cost about $5 apiece. The goats had babies, which she now sells for cash to buy more food.

“The life I was living before and the life I am living now are very different,” she told me when I visited. “My kids are now eating eggs. They now eat meat. We were sleeping on the floor. Now we have a mattress.”

Ms. Niyabuzungu is more than a grateful air recipient. She’s one of thousands of data points in a groundbreaking series of independent evaluations that will benchmark existing USAID projects against cash.

This is a big deal, for several reasons. First, it is apparently unprecedented for USAID to simply give money to the poor, even though cash transfers are one of the most studied forms of development assistance. [See this excellent analysis of cash transfers by Dylan Matthews that ran just the other day on Vox.]. Giving away cash is controversial. As best as I can tell, USAID executives are worried, perhaps with reason, about how Congress or the White House will react as news of the cash giveaways gets out. When I first heard about the cash benchmarking initiative last year, I struggled to get the USAID PR folkd even to acknowledge its existence. (Not a word about the program appears on the USAID website, despite the agency’s supposed commitment to transparency.) When I began asking questions, a nonprofit research organization called Innovations for Poverty Action, which is working with USAID, took down a page on its website that previously had described the cash benchmarking work.

Second, and more important, USAID generally does a poor job of measuring the impact of its programs, experts tell me. In my story, Amanda Glassman of the Center for Global Development is quoted as saying that “most [USAID] programs and policies are not being evaluated rigorously.” Typically, the agency counts and monitors outputs: On the “results” page on its website, USAID says it has enabled 23m children to enroll in primary schools and it has reached another 21m children with “nutrition-specific interventions.” But are those children learning? Are they healthier? Who knows? The new cash benchmarking initiative will subject five USAID projects in Africa to randomized controlled trials designed by independent economists to measure how lives have been changed. As the results are released, we’ll learn more about which USAID projects are worth the money being spent on them, and which are not.

The stakes are high. Hundreds of companies and nonprofits live off grants from USAID, which spent about $13bn last year. Learning more about impact could shift dollars away from failing efforts and towards those that make a real difference.

“That’s why I think this is exciting,” Handel said. “It is really trying to help us try to maximize the efficiency of our programming.”

Handel and his allies at USAID deserve credit for shepherding the cash benchmarking work through the agency. GiveDirectly’s Paul Niehaus told me: “They work under real constraints. They should get praised for doing the right thing, testing and learning.”

The results from first cash benchmarking study, which was carried out last year in Rwanda, should be available any day now. My trip to Rwanda to report this story was made possible by the Pulitzer Center for Crisis Reporting.

5 thoughts on “Why is the US giving cash to poor people in Africa, no strings attached? For good reason.”