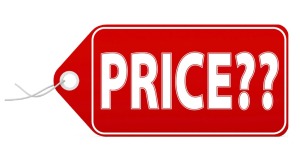 But when we donate to charities, what are we buying? And at what cost? That’s more difficult — indeed, it’s often impossible — to know. So how, then, can we compare charities, the way we compare Cheerios to Wheaties, Starbucks to Dunkin’ Donuts or an iPhone to a Samsung Galaxy?

This makes it harder than it should be to steer our donations to the nonprofits that do the most good.

I’ve been thinking a lot lately about this question of costs. (Please see below: I would love to hear from readers about this.)  Recently, I had the opportunity to discuss it with a couple of staff members at a global federation of nonprofits called WaterAid. Sarah Dobsevage is director of strategic partnerships at WaterAid America and Vincent Casey is senior WASH (which stands for water, sanitation and hygiene) advisor at WaterAid International in London. WaterAid is a global federation of nonprofits that collects money in rich countries and spends most of it in 38 poor countries, working with local governments and nonprofits to “transform the lives of the poorest and most marginalized people by improving access to clean water, sanitation and hygiene.”

As I’ve written before (see my 2015 blogpost, Water Taps and Information Gaps), there are dozens, perhaps hundreds, of charities that provide water and sanitation to the poor. Among those listed at GuideStar are charity: water, water.org, Water for People, Bread and Water for Africa, Living Water International, Millenium Water Alliance, One Drop Foundation, World Help, and Water is Life. Big anti-poverty NGOs including Care, Catholic Relief Services, Save the Children and WorldVision operate their own WASH programs. They’re funded by governments, foundations, companies and the rest of us.

The problem for anyone who wants to support providing water and sanitation to the poor is figuring out which nonprofits are effective and efficient. Can transparency around pricing help solve that problem? Or, paradoxically, could pricing get in the way of smarter giving?

The first thing to know about providing clean water to the global poor is that it’s more complicated that you’d think. The engineering behind hand-dug wells, drilled wells, rainwater catchment systems, gravity-fed schemes, water purification systems and latrines is relatively straightforward. But complexities arise because every place is different, support from local governments, toilets or hygiene training may or may not be part of a program and, most important, sustaining access to clean water is crucial. Improve International, a small NGO which monitors the sector, says “poor functionality and failure rates for water systems are still high after decades of development.” Maybe the smart money in the WASH sector should go to those organizations that push governments to deliver clean water to their citizens. But how do you put a price on that?

WaterAid, it turns out, does plenty of government advocacy. But, as Sarah Dobsevage explained to me, some donors hanker to know what they are buying with their donations. That leads to this claim, found on the statistics page of the WaterAid America website:

Hmm. No source is given. Does the estimate take into account work on sanitation and hygiene, or just clean water? Does it include the costs of maintaining sustaining a well or tap over the years? The costs of advocacy? And what does “can help” mean, anyway?

I told Dobsevage that I was skeptical about that  number.

“I’m equally skeptical about that number,” she replied, to her credit.

Coming up with a figure like that isn’t hard. You can take the budget of a water charity, and simply divide it by the number of water points installed or the number of people served. “You can always slice and dice numbers and come up with a nice average,” Dobsevage said.

The trouble is, water nonprofits do different things in different places, so the figure is meaningless. “It’s not like we’re providing services the way a utility would, where they have names of people and they know much they use,” Dobsevage said.

And yet most water charities make similar claims.

charity: water says:  “$30 can bring clean water to one person every month.”

One Drop says, more vaguely: “$100 can create winning sustainable conditions in which a person’s circumstances are positively changed, providing empowerment and self-reliance.”

Care promises to deliver a three-month emergency supply of water for $30.

Save the Children offers”gifts of joy” that include a school water point for $2,000. 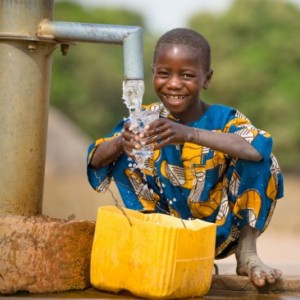 World Vision: “Your gift of $50 provides one person with clean water that lasts!” Or not.

water.org says: “On average, it costs about $25 to provide safe water to one person.

World Vision says: “Your gift of $50 provides one person with clean water that lasts!”

Water.org is one of the few NGOs to explain its price, saying: “This cost is derived from the total organizational costs divided by the total number of people served during the fiscal years of 2010-2013. This equals $23.23, however for the purposes of our messaging we round up to $25.” In the fine print, World Vision says: “We promise to honor your generosity and use your donation in the most effective way possible… Each item is representative of the gift category in which it appears and donations will be used to provide assistance where it is needed most within that category or to address a similar need.”

Put simply, these prices are more about marketing than they are about costs. Years ago GiveWell described pitches like these — popular ones are about sponsoring a child or buying livestock for a poor family — as “donor illusions.”

Dobsevage says the understandable desire of donors to see just what their money is buying, and at what cost, can lead to budgeting contortions. Corporate donors can be especially demanding, she told me.

“Some of them expect a ridiculous return on investment, quote, unquote,” she said. “They want to see $10 per person. They like the flash. They want the marketing…All that means is that the organization is absorbing the other costs. It doesn’t actually change the costs.”

But, if donors can’t engage in comparative shopping for a well or buy clean water for a poor little boy for a year, how can we evaluate an NGO like WaterAid? Even after talking with Dobsevage and Casey, and digging into the website, I came away with more questions than answers.

Because WaterAid operates in so many places, it’s hard to know where to begin. When Dobsevage mentioned a program in Nicaragua, I was curious to know more because I’d recently traveled there. On Nicaragua’s remote Caribbean coast, WaterAid says it trains local people to disinfect wells, drill boreholes, construct rainwater catchment systems and install rope pumps and eco-friendly toilets. This vocational training, in theory, should create a cadre of skilled workers who can serve their communities for years to come. But will the skills training stick?

To its credit, WaterAid America commissioned an external evaluation of its program in Nicaragua and published a warts-and-all summary. The program scored well overall, but evaluators identified weaknesses including “the absence of an explicit policy-advocacy function” and the failure to document findings in Spanish; both were a result of limited funding during the program’s early years. This is a reminder that even well-established interventions depend on execution; much of what any NGO does is done through local staff and local nonprofit partners, whose competence can vary widely from place to place.

Third-party evaluations are standard operating procedure at WaterAid, Casey told me, which is a good thing. WaterAid also routinely monitors projects to see if they continue to provide sufficient quantities and qualities of water, another good sign. I also learned that WaterAid is one of five organizations that belong to Agenda for Change, which has developed a set of principles intended to deliver WASH services to everyone on the planet by 2030. That tells me that WaterAid looks beyond wells and water taps to find ways to deliver systemic, lasting change; its partners in Agenda for Change are Aguaconsult, IRC, the Osprey Foundation and Water for People, all respected players in the sector.

Finally, WaterAid has been backed by well-staffed foundations, including the Bill & Melinda Gates Foundation and the Conrad N. Hilton Foundation, which presumably do a good deal of due diligence on their grantees. How do they do it, I wondered? I asked the Gates and Hilton foundations to share their evaluations of WaterAid with me, albeit on short notice. Both declined.* It’s a continuing shame that foundations don’t share their learning as a matter of course. (See my 2016 post, When foundations are uncharitable.) Philanthropy needs more insight and information, not less.

Seeking a little help from my friends

I’ll conclude this post with two broad questions, and invite your responses in the comments.

First, would it in fact be helpful if more nonprofits provided more data about the costs of what they do? A few NGOs are radically transparent about costs. GiveDirectly, Watsi, and Donors Choose come to mind, and surely there are others. I find their approach to be refreshing and reassuring. Can it be more widely applied? Should it be? Or are will this only fuel the dreaded “overhead myth.”

Second, if cost comparisons are too crude a way to compare charities, why can’t donors, particularly institutional donors, come together to evaluate charities in ways that go deeper than Charity Navigator, but not as a deep as GiveWell? Some people have tried–you can read my posts about Dean Karlan, Kat Rosqueta and Angela Campbell–but their work has been slow to gain traction. I could imagine a group of meta-charities that focus on specific causes, as Animal Charity Evaluators does, or others that organize regionally, to identify and promote the most effective local nonprofits in Washington, D.C., or San Francisco.

As I’ve written before:

There are thousands of nonprofit organizations in the US. Some do great work. Many do not. Wouldn’t it be good to know which is which?

* If Gates or Hilton decide to share their evaluations of WaterAid with me, I will update this post and make a note in the comments.

4 thoughts on “WaterAid: What do we buy, and at what cost, when we give to nonprofits?”