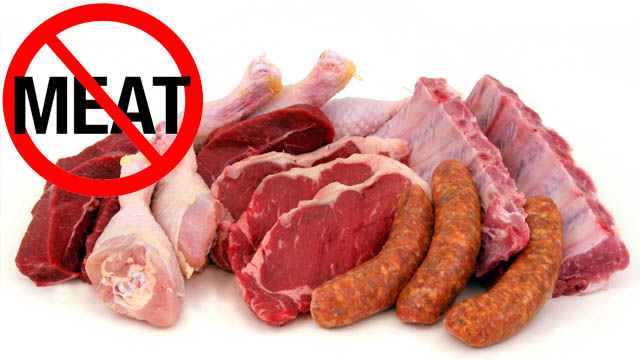 Eating less meat — chicken, pork and especially beef — may well be the most important thing an individual can do to reduce climate change.

Yet, even as animal-welfare groups like the Humane Society of the US, PETA, The Humane League and Mercy for Animals campaign against meat consumption and factory farms, environmental groups are mostly quiet.

This, despite the fact that rising meat consumption is “incompatible with the objective of avoiding dangerous climate change,” according to a thorough and nuanced report called Changing Climate, Changing Diets published last fall by the London-based think tank Chatham House.

Overconsumption of animal products, in particular processed meat, is associated with obesity and an increased risk of non-communicable diseases (NCDs) such as heart disease, type-2 diabetes and certain types of cancer. Livestock production is often a highly inefficient use of scarce land and water. It is a principal driver of deforestation, habitat destruction and species loss.

Meat’s been on my mind lately for several reasons. I’ve just read The Humane Economy, an excellent new book by Wayne Pacelle, the president and CEO of the Humane Society, which chronicles the dramatic progress that the animal-protection movement has made in the last decade or so. I met and wrote (in the Guardian) about Bruce Friedrich, an animal welfare activist who has started a venture capital fund called New Crop Capital and a nonprofit called The Good Food Institute, both aimed at promoting alternatives to meat. And I moderated a panel discussion about food and sustainability at the annual conference of the environmental coalition Ceres which, to my delight, was preceded by a vegan lunch.

Then again, just the other night, at a otherwise elegant dinner held at the Copenhagen Fashion Summit, an event devoted to the environmental and social sustainability of the apparel industry, everyone was served a fist-sized slab of beef. Which underscored my determination to write this post.

To be sure, the meat-climate relationship is not simple. The ecologist and rancher Allan Savory has famously claimed (3.5 million TED views) that grazing livestock on pasture can restore carbon to the soil and reverse climate change. I’m skeptical–to learn more, you can read this devastating critique by George Monbiot, this defense of Savory by Hunter Lovins and this analysis by my friend Tamar Haspel, a Washington Post food columnist, who says, quite sensibly, that it’s complicated.

What’s not complicated is that virtually all of the meat consumed in US, Europe and Japan requires more resources and has more negative environmental impacts than plant-based alternatives. If you care about food waste, which has become a cause celebre of late, the easiest thing to do is to eat less beef, pork or chicken.

You can find environmental groups making this argument, but without much vigor. One exception: The World Resources Institute last month published an excellent 90-page report called Shifting Diets for a Sustainable Food Future. The report includes a protein scorecard (see below) that, using mean global data, demonstrates the GHG impact of animal products. Beef, lamb, goat and dairy all generate more emissions that plant-based proteins, as do pork and chicken. The report argues that the food industry, governments and NGOs should develop strategies to influence people to choose plant-based foods over animal products, and it lays out an array of behavior-change approaches that have worked in the past. But the WRI is a research organization, and the report has attracted little notice, so far.

Other big environmental groups have been mostly uninterested in campaigning against meat. Dig deep into their websites, and you find blog posts about animal agriculture, but no green group has made curbing meat consumption a priority. The Meatless Monday campaign was started not by environmentalists but by the school of public health at Johns Hopkins.

It’s hard to explain the reluctance. Some NGOs, like The Nature Conservancy and WWF, take money from food companies that produce or sell meat. (The Nature Conservancy, WWF and the National Wildlife Federation work alongside industry in an organization called the Global Roundtable for Sustainable Beef that aims to limit the environmental impact of beef production.) Other green groups may be loathe to offend their boards or their members. Food is so personal and cultural; no one wants to be told that their mom’s treasured recipe for pot roast is bad for the planet.

Foundations have done no better. To their credit, they have made more than $1 billion worth of climate change grants since 2008, led by Hewlett ($663m), Packard ($365m) and the Sea Change Foundation ($129m), according to this accounting. But very little of that has focused on meat. Big climate change funders tend to go back to the same strategies and the usual suspects.

Even the much smaller number of foundations that support animal welfare tend to focus on wildlife preservation or pets, not on factory farming or meat consumption. In that context, the progress made by HSUS and its allies around such factory-farming issues as caged hens and gestation crates for pigs is remarkable. In The Humane Economy, Wayne Pacelle writes that commitments by such big companies as Walmart and McDonald’s to meet higher animal-welfare standards create “a roadmap to the end of the era of intensive confinement of animals on factory farms.” Gains in animal welfare will raise the costs of meat and, presumably, reduce consumption.

Imagine what could be accomplished if foundations and environmental groups directly took on the issue of meat. The WRI Shifting Diets report says:

The funding community should increase support for research and actions to shift diets, especially those that go beyond information and education campaigns. As this paper has shown, diet shifts can deliver significant environmental, health, resource use, and food security benefits, serving multiple objectives. Yet the amount of funding currently focused on shifting diets is tiny relative to the amounts focused on increasing the efficiency of food production. There is no dedicated funding mechanism for investing in new ideas for shifting diets, even though it holds significant promise for closing the food gap, reducing climate change, and contributing to the Sustainable Development Goals….

A new initiative should be established to convene marketing and consumer behavior change experts and others involved in food value chains, catalyze new approaches to shifting diets, conduct pilot tests, build an evidence base, and share and scale up successes. Its goal should not be to turn everyone into a vegan or vegetarian, but rather to promote diets that encourage greater consumption of plant-based foods, while reducing consumption of animal-based protein and beef specifically.

12 thoughts on “Why won’t environmental foundations (and nonprofits) go after meat?”