Several years ago, at Brainstorm Green, a conference on business and the environment that I co-chaired for Fortune magazine, Rick Ridgeway of Patagonia (the company) talked about Conservacion Patagonica, a nonprofit created by the late Doug Tompkins and his wife, Kris, that has protected more than 2 million acres of land and laid the groundwork for a future Patagonia National Park. “National parks serve as the most effective conservation tool for protecting and restoring wild lands for wildlife and people alike,” the group says.

The following year at Brainstorm Green, Peter Knights described how WildAid, a UK-based nonprofit he founded, protects elephants, rhinos, wild tigers and sharks from poaching. It aims to end demand for products like elephant ivory, rhino horn and shark fins, saying: “When the buying stops, the killing can, too.” Greenpeace , the Rainforest Action Network and business-friendly coalitions like the Round Table on Responsible Soy also make the case that the best way to protect wild places and wildlife is to focus on the demand for commodities like soy and palm oil, and insure they are sustainably sourced.

So which is the most effective way to protect wild lands? Traditional, place-based conservation? Or efforts to reshape markets and reduce demand?

Those questions came to mind last week when the Gordon and Betty Moore Foundation, one of the world’s leading funders of environmental conservation, made two major announcements. The foundation, which is already the biggest private supporter of conservation in the Amazon, said it will commit another $100 million to its 15-year-old Andes Amazon Initiative, an effort to protect vast tracts of land across Brazil, Peru, Colombia, Ecuador and Bolivia. Several days later, the foundation announced a new set of collaborations, supported by more than $90 million in grants, that are designed to advance conservation by promoting sustainable supply chains in agriculture and fisheries.

So, again, which approach works best? I put the question to Aileen Lee, who recently became chief program officer for environmental conservation at the foundation.

“It’s absolutely a fair question,” Lee told me, by phone. “I can’t say that we have a great answer.” Grant-makers at the Moore Foundation, she said, “believe that a portfolio approach makes sense,” which is why they support both place-based conservation and initiatives to reshape markets. “We are learning as we go,” she added.

With about $6.6 billion in assets, the Moore Foundation is one of the 10 biggest in the US. It was started in 2000 by Gordon Moore, a founder of Intel, and his wife, Betty Moore. Since then, the foundation reports, its environmental conservation program has made more than 1,000 grants that are cumulatively worth $1,177,815,399. So important is conservation to the Moores that they hired Steve McCormick, the former head of The Nature Conservancy to lead the foundation from 2008 to 2014.

McCormick understands as well as anyone the challenges facing traditional, place-based conservation. In a 2013 interview with Mark Tercek, who replaced him as head of The Nature Conservancy, McCormick said:

Despite all the great conservation work that’s been done over the past 50 years, we haven’t staunched the rate of loss of biodiversity. Extinction rates have actually increased in the 30 years I’ve worked in conservation. And while some major habitat types, like temperate forests, have been fairly well conserved, most are disappearing at accelerated rates.

The biggest challenge we have to face, therefore, is that the drivers of these changes derive from fundamental human needs and desires. While I am passionate about the importance of creating protected areas, I’m convinced that the only way we will secure conservation at a globally meaningful scale is to work on system change, especially in market systems by reflecting the true costs of natural capital in its various forms.

To its credit, the Moore Foundation continues to wrestle with these issues. They have funded an evaluation of their long-running Andes-Amazon program by Hardner & Gullison Associates, a consultancy, that will be made public later this year. They supported  a small nonprofit called Foundations of Success that aims to improve conservation practices, and invested in its development of Miradi, a software program that can be used to help design, manage and monitor conservation programs. They supported academic research by Holly Gibbs, who has looked at the impact of global economic drivers on deforestation; she has found that corporate deforestation commitments can have a favorable impact, she told the Guardian. Last fall, Moore made a $2.1 million grant to the Nelson Institute at the University of Wisconsin to evaluate “supply chain interventions for deforestation-free cattle and soy production” in the Brazilian. 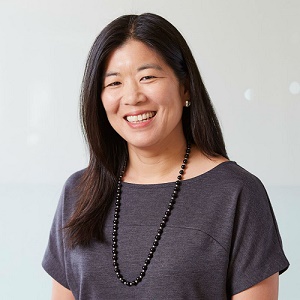 None of these evaluation projects have come up with definitive answers, but they should help guide future grant-making. “We think it’s critical to invest (in evaluation), although we recognize that it’s a very complex environment in which to tease out cause and effect,” Lee says.

Consider, as an example, the mid-2000s campaign by Greenpeace blaming McDonald’s for deforestation of the Amazon because the fast-food giant bought chickens that were fed soy from the region. Greenpeace’s Paulo Adario and McDonald’s Bob Langert subsequently persuaded major soy producers to agree to stop selling soy linked to deforestation, a moratorium that has held for a a decade. “The moratorium is widely credited as a major factor in the reduction of deforestation in the Brazilian Amazon in recent years,” says Adario. Success? Maybe, but chickens are still being fed plenty of soy, which may or may not be causing environmental problems in soy-producing regions of Argentina or Paraguay.

The $90-million tranche of supply chain grants are an indication that Moore is putting more resources into reducing demand for commodities that cause environmental harm. “It’s a very deliberate diversification of the portfolio,” Lee says. “We want to take advantage of the changes we’re seeing at forward leaning businesses that are taking initiatives to clean up their supply chains.” Many big food and ag companies, including Cargill, Danone, Nestle, Unilever have made zero-deforestation commitments.

The Moore Foundation also supports grass-roots groups in the Amazon, mostly through its Andes-Amazon initiative, according to Genevieve Biggs, a communications officer at the foundation. They include Gaia Amazonas in Colombia, Instituto Socio Ambiental and Instituto de Ensino e Pesquisa Indígena in Brazil, and Instituto del Bien Comun in Peru. Says Biggs: “It’s part of a long-term commitment to place and to the stewards who live there, who are most impacted by the various pressures these areas face.”

If there’s one element missing from Moore’s portfolio, it is support for activist groups like Greenpeace or Rainforest Action Network. My own reporting on their campaigns, for Fortune and for the Guardian, has persuaded me that they’ve raised awareness of deforestation among consumers, and brought pressure on brands to clean up their supply chains. (Ask Asia Pulp & Paper.) Then again, I could be mistaken.

The trouble is, we really don’t know what works. It may well be impossible to do randomized control trials of conservation projects. But that doesn’t mean that foundations and big conservation organizations like WWF, The Nature Conservancy, Conservation International can’t do a better job of reporting on their impacts.

Nick Salafsky, the co-founder of Foundations of Success, says his group would like foundations and nonprofits that support conservation to be clear about what they are trying to accomplish, to measure and report on what they do and to become learning organizations.

3 thoughts on “What’s the best way to conserve wild places?”