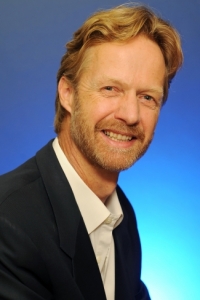 Michael Thatcher, the chief executive of Charity Navigator, has one of the most important jobs in philanthropy. One of the hardest, too.

Charity Navigator has clout. Donors visited its website more than 9 million times last year to check out its ratings of about 8,000 charities. It’s America’s most influential evaluator of charities.

But what did those donors learn? Not enough, as Thatcher admits. A former Microsoft executive who was named CEO of Charity Navigator in August, he says the meta-charity has a long way to go to realize its potential, namely because it does not rate charities based on what matters most–their impact.

“I wish we had the results reporting,” Thatcher says. He’s looking for ways to collaborate with foundations, associations and charities themselves to gather the information that will make Charity Navigator’s ratings more meaningful.

“I can’t rate 1 million charities. I’ll never be big enough. I’ll never be good enough,” he says. “We’re going to need people to help us with the outcomes reporting so that we can get it right.”

I met Thatcher last week at a New York City coffee shop to discuss his plans for Charity Navigator. If you are a glass-half-full kind of person — as Thatcher seems to be — the nonprofit is doing well. Its brand is strong and familiar. It attracted record audiences in 2015, and its reach is growing. It closed out the year on a high note. “We had a blowout month in terms of our fundraising,” he told me.

The counter-narrative, put in the harshest possible terms, is that Charity Navigator ratings do very little good, and might even do harm because they rely heavily on self-reported financial ratios that compare program spending with overhead–the so-called Overhead Myth.

That’s so, despite the fact that Charity Navigator, along with Guidestar and the BBB Wise Giving Alliance, in 2013 launched what they called “a campaign to end the Overhead Myth–the false conception that financial ratios are the sole indicator of nonprofit performance.” Months earlier, Dan Pallotta, who advocates for charities, had assailed the focus on overhead in a TED talk called The Way We Think About Charity is Dead Wrong. (It’s been viewed 3.4 million times.) His complaint wasn’t original. Back in 2009, Ann Goggins Gregory and Don Howard, then of the Bridgespan Group, argued an influential essay called The Nonprofit Starvation Cycle that nonprofits “spend too little on overhead, and..underreport their expenditures on tax forms and in fundraising materials…[which then] perpetuates funders’ unrealistic expectations.”

To be sure, some overhead ratios are revealing. A nonprofit that spends 40 or 50 percent of its budget on overhead is probably not a good nonprofit. But Charity Navigator’s reliance on overhead ratios can create perverse incentives. The newly-appointed head of a big environmental group once told me that he was appalled at the state of its IT infrastructure. He wanted to invest in a major upgrade. His CFO advised against it….because it would harm the group’s Charity Navigator rating.

“It’s a huge problem right now, the perception around overhead,” says Thatcher. But, he adds: “In the absence of results reporting, you can’t help but look at overhead.”

Thatcher says Charity Navigator can and will do better, but not right away. He’s carefully working his way down a daunting to-do list. Upgrade the group’s website. Hire a development officer. Decide whether to move the offices.(They’re now in suburban Glen Rock, NJ.) Fine tune the existing ratings, which focus on financials, governance and accountability. Finally, and most important, devise and execute a plan to report on results.

The affable 52-year-old executive brings an eclectic background to the job. He grew up with a passion for classical guitar and computers. (His father was a mathematical modeler and university professor.) He earned a BA in music from Columbia University and for about a decade led a nonprofit dance company with his Swiss-born wife, Dominique Gabella; she was a choreographer and dancer, while he composed music and danced as well. He then provided technology support to oceans research at the Woods Hole Oceanographic Institute, spending months at a stretch at sea. “I’m a passionate oceans person—sailor, surfer, diver,” he says. Eventually he found his way to Microsoft, where he worked for 15 years, most recently as chief technology officer for the Middle East, Africa and Asia, focusing  on technology policy and partnerships with governments, universities and nonprofits. He lived in Istanbul and Singapore and traveled widely. Very cool, no? “I see my life as a series of fortunate accidents,” he told me.

Sadly, Thatcher’s wife died of cancer in 2013. The following year, he left Singapore and Microsoft. He recalls thinking: “I need a change. I want to go home. I want to focus on something that’s important.” By then, he had joined the board of Keystone, a nonprofit led by David Bonbright that helps other nonprofits measure and report on their results, largely by gathering feedback from constituents. He was fascinated. “I became a hyperactive board member,” Thatcher says. It was that work that led him to Charity Navigator.

Nonprofits will get some early indications of how and where he intends to lead as Charity Navigator revises its financial rating metrics. He says the process will be collaborative and open. One possibility: Dropping a metric that rewards organizations that grow their revenues, and penalizes those that do not.

Once that’s done, Charity Navigator will move onto the tougher job of results reporting. The nonprofit, for now, has a budget of only about $2 million, the vast majority from individual donations. That’s not enough to evaluate evaluate hundreds or thousands of charities in a meaningful way. So the organization will look elsewhere for help.

One possibility, Thatcher says, is a sector-based approach. “If you’re an animal shelter, you have different issues from a museum,” he says. Hypothetically, he could ask associations like the American Alliance of Museums or InterAction, a network of NGOs that help the global poor, to develop metrics or standards for their members. Alternatively, charities could be asked to assess themselves, with Charity Navigator or others vetting the results. Still another idea would be to work with foundations that want to evaluate nonprofits in a particular region or sector.

For now, Thatcher is listening to constituents. “Talk to me in July,” he says. “We should have a roadmap.”

His work matters, as he’s reminded when nonprofits call to ask for guidance or complain about their ratings. Not long ago, he was on his way to a meeting with a disgruntled charity in New York when he was stopped by a “chugger” — a street fundraiser, or charity mugger — and asked to donate to a well-known nonprofit. He explained that he likes to research his charitable giving. In response, the young woman opened a folder to show him that the group has a four-star rating from Charity Navigator.

7 thoughts on “Can Charity Navigator find its way?”