The idea of “effective altruism” — giving from the head, not the heart, to do as much good as possible — is gathering attention these days. It’s the topic of The Most Good You Can Do, a new book from Peter Singer, a philosopher at Princeton. Practically speaking, effective altruism would seem to favor nonprofit groups that save the lives and alleviate the suffering of poor people in the global south, where the needs are greatest and donor dollars go far.

But what if the most effective form of altruism improves the lives of animals? Not dogs and cats, but farm animals?

That’s the claim of Jon Bockman, who is executive director of Animal Charity Evaluators, a nonprofit dedicated to identifying and promoting effective ways to improve the lives of animals.

Bear with me (and Jon), please, even if you’re not an animal lover, because the work of Animal Charity Evaluators (ACE) is relevant to nonprofits of all kinds. As its name suggests and, on a very modest budget, ACE evaluates animal charities. Its work could inspire those who want to evaluate charities in other sectors—education, the environment, that arts, whatever.

First, though, why animals? This is from the FAQs on the ACE website:

We certainly believe there is great value in addressing global poverty and other human-centric causes. Nevertheless, given that our goal is to most efficiently reduce the largest amount of suffering, there is a very compelling case to focus on animals. Animals vastly outnumber humans. To illustrate, almost 60 billion animals are bred and killed for food each year worldwide, compared to the entire human population of 7.13 billion as of December 2013. Furthermore, as evidenced by numerous sources (undercover videos, standard agricultural practices), the suffering that animals endure – often caused by human self-interest – is enormous. By educating people about how they can best advocate for animals, we contribute to the largest possible reduction of suffering for the largest number of sentient creatures. 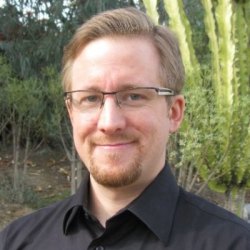 Jon, who is 32, came to the animal welfare movement when, as a senior in college he was asked to “help stop violence” and handed a leaflet on the treatment of farm animals from a group called Vegan Outreach. “It completely blew my mind,” he told me, when we spoke recently via Skype. As he has explained on the ACE blog, the more he thought about it, the more he came to feel that “animals were the most innocent creatures and deserving of our compassion.” He began working with animals, managing a wildlife rehabilitation center, starting a small vegan food company and volunteering as a humane investigator.

It wasn’t sufficient. Inspired by the early writings of Mark Hawthorne, Jon told me: “I became really frustrated that what we were doing was a band-aid. You are helping animals, of course, and there’s value to that work. But you’re not addressing the root cause.” He asked himself: “How can we address problems where they start? How can we go beyond helping animals directly…to preventing them from suffering? These are the kinds of questions that guide Animal Charity Evaluators.

The roots of ACE can be traced back to a 80,000 Hours, a UK charity dedicated to providing career advice that is a division of the Centre for Effective Altruism. Animal Charity Evaluators hired Jon as its executive director and first paid staff member in 2013, and he merged Justice for Animals, a small nonprofit he had started, into ACE. Peter Singer’s work helped shape all these organizations, and he’s a board member of Animal Charity Evaluators. Singer has written about animal rights as well as effective altruism, which he explained in a TED talk.

Last year, ACE researched 156 animal charities and chose The Humane League, Mercy For Animals and Animal Equality as its top charities. “All three organizations,” ACE says, “have strong track records in evaluating their own tactics and making changes based on what seems most effective.” It selected four other nonprofits — the Farm Animal Protection Campaign of the Humane Society of the United States, Farm Animal Rights Movement, Vegan Outreach, and the Albert Schweitzer Foundation — as standout organizations. “Our top and standout charities all address farm animal issues with evidence-based and impact-focused programs,” ACE said.

The ACE research was extensive (and it’s explained in detail here); essentially, evaluators looked at the costs and benefits of a variety of animal advocacy groups. They did back-of-the-envelope analyses and found that while most humane societies spend hundreds of dollars per animal saved, advocacy groups that convince people to reduce or eliminate animal products from their diet can save many more animals at a fraction of the cost.

Without getting into the details, ACE estimates that a $1,000 donation to a humane society can save the lives of about three animals, most of them dogs and cats, because of the costs of intake, staff and vaccines, among other things. By contrast, a $1,000 donation to a farm animal advocacy group can spare more than 3,000 pigs, chickens or cows from what Bockman characterizes as “a life of suffering.” The impact of the most efficient advocacy groups is driven by the low costs of leafletting (most leaflets are distributed by volunteers), studies showing that about one in 100 leaflets create a new vegetarian or vegan, and the estimate that a vegetarian saves about 28 animals a year (not counting aquatic animals) and remains a vegetarian for about seven years.

Yes, these are estimates, unavoidably. The point is, Animal Charity Evaluators is asking the right questions–the kind all nonprofits should be asking themselves.

None of this research, alas, comes cheap, and it would cost more if Animal Charity Evaluators paid its staff at market rates. Last year, Jon told me, the organization spent about $90,000 to pay its two full-time and two part-time staff members, all of whom work from home, eliminating the need for office space. Jon made $28,000. “What we’re paying people is not sustainable,” he says. He’s fortunate, he told me, to have dedicated colleagues.

For that investment, Animal Charity Evaluators influenced at least $141,000 in giving to its top charities during 2014. That’s not bad for a new organization with a small budget.

Just as important, ACE’s work has helped animal charities track their own effectiveness. The website’s Advice for Existing Charities page recommends that nonprofits periodically evaluate their strategies, monitor their programs, measure their impact and listen to their beneficiaries. “One of our bigger values is to get groups to question the effectiveness of their work,” Jon says.

Which not enough charities of any kind are doing.

4 thoughts on “What if the “most good you can do” is to help animals?”