In the summer of 2013, in a remarkable development that was little noted outside of the world of philanthropy, Guidestar, Charity Navigator and BBB Wise Giving Alliance, the US’s three leading sources of information about nonprofits, together published a letter intended “to correct a misconception about what matters when deciding which charities to support.”

“The percent of charity expenses that go to administrative and fundraising costs – commonly referred to as ‘overhead’ – is a poor measure of a charity’s performance,” said the three groups, which are consulted by millions of donors a year. The letter was unveiled on a new website called The Overhead Myth.

This was, to put it mildly, unexpected. Guidestar, Charity Navigator and BBB Wise Giving Alliance had launched a campaign to dispel a myth that they had helped to create and perpetuate.

“It’s a bit like a donut shop denouncing donuts,” wrote Trevor Neilson of The Foundation Center.

Well, better late than never. In extreme cases–when charities spend most of the money they collect for overhead and fundraising–overhead costs can help put a spotlight on fraudulent nonprofits. But, broadly speaking, the overhead metric has done more harm than good. Overhead covers such essentials as office space, computers, marketing, fundraising and, er, staff. The idea that charities should be ranked based on their overhead expenses is not merely dumb, but counterproductive, as Dan Pallotta explained in a lively and irreverent TED talk called The way we think about charity is dead wrong. His talk has been viewed 3.4 million times.

Plenty of people deserve blame for spreading the idea that overhead ratios are a proxy for effectiveness. Charity Navigator was a high-profile offender; its rankings used to be heavily based on overhead costs. Nonprofits themselves boast about the amount of money they devote to services or programming. Too often, journalists focus on overhead. And, in the absence of better metrics, so do donors.

The result: Charities are pressured into spending every last nickel on, say, feeding the homeless, even as they starve themselves. (The metaphor comes from this  seminal article, The Nonprofit Starvation Cycle, from the Stanford Social Innovative Review.) Years of sustained effort will be needed to dispel the overhead myth.

The best way to destroy the overhead myth is to replace it with something better. The question is, what? That is today’s topic, and it will be an ongoing theme of this blog: How can we, collectively, identify the most effective, high-performing nonprofits? 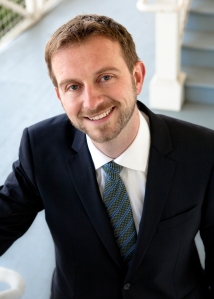 Happily, lots of smart people are working hard to answer that question. One is Jacob Harold, the president and CEO of Guidestar. Harold, who is 37, joined Guidestar in 2012 after a stint at the William and Flora Hewlett Foundation, where he led grantmaking for its “nonprofit marketplace initiative,” along with other efforts to promote smarter philanthropy.

Soon after arriving at Guidestar, Harold suggested to his counterparts at Charity Navigator and BBB Wise Giving that they jointly author the letter about the overhead myth. “Lots of people had been thinking about this,” Harold told me, when we met in his Washington, D.C., office. “The frustration with the overly simplistic approach reached a point of boiling over.”

Guidestar, for its part, has never ranked charities. “We are a neutral data platform,” says Harold. Until recently, Guidestar did little more than collect and process IRS Form 990s, along with other financial data provided by charities.

Now it intends to do much more. In its strategic plan, Guidestar 2020, the organization says that it wants to help transform the nonprofit sector into “a community powered by information and characterized by smart decisions, open feedback and efficient learning.” The Bill and Melinda Gates Foundation donated $3 million to Guidestar last fall to help the portal achieve those goals.

Put simply, Guidestar would like to become the Bloomberg of the nonprofit sector, delivering timely, relevant and reliable data and insights to enable smarter decision-making by donors and NGOs alike.

That’s quite the mountain to climb. Guidestar has begun by collecting and aggregating data about nonprofits that includes finances, salaries, information about programming, diversity data and the opinions of beneficiaries, donors, staff and volunteers. In 2011, for example, Guidestar acquired Philanthropedia, a website that ranks nonprofits after surveying experts in particular fields.

Guidestar is also asking nonprofits to answer five deceptively simple questions that were developed by Charting Impact, a project of the BBB Wise Giving Alliance, Independent Sector and Guidestar. They are:

What is your organization aiming to accomplish?

What are your strategies for making this happen?

What are your organization’s capabilities for doing this?

How will your organization know if you are making progress?

What have and haven’t you accomplished so far?

These questions require reflection, promote transparency and focus on what matters: results.

Nonprofits that provide information about their effectiveness, including answers to the five questions, are recognized for “gold level” participation on Guidestar’s platform. About 4,500 NGOs have done so, out of about 105,000 NGOs that provide some data to Guidestar. Others get silver or bronze recognition, depending on the depth and timeliness of their data.

With the exception of the gold, silver and bronze ratings for transparency, Guidestar does not intend to create a one-size-fits-all ranking of NGOs. “The world is too complicated and nonprofits are too diverse to think we could get to any single metric,” Harold says. “Trying to compare Harvard University, a homeless shelter and the Sierra Club is setting yourself up for failure.”

But you can begin to see how information collected by Guidestar, if presented in a user-friendly way, could be as valuable and influential as, for example, the information about books aggregated on Amazon.com, which includes product information, expert reviews, customer reviews, sales ranking, and a look inside the book. The success of TripAdvisor, which has a market capitalization of about $10 billion, and Yelp, which is valued at about $4 billion, is evidence that consumers value guidance when making choices about hotels and restaurants.

That’s got to be a good thing. Especially if it helps kill the overhead myth, once and for all.

10 thoughts on “Evaluating nonprofits: If not overhead, then what?”